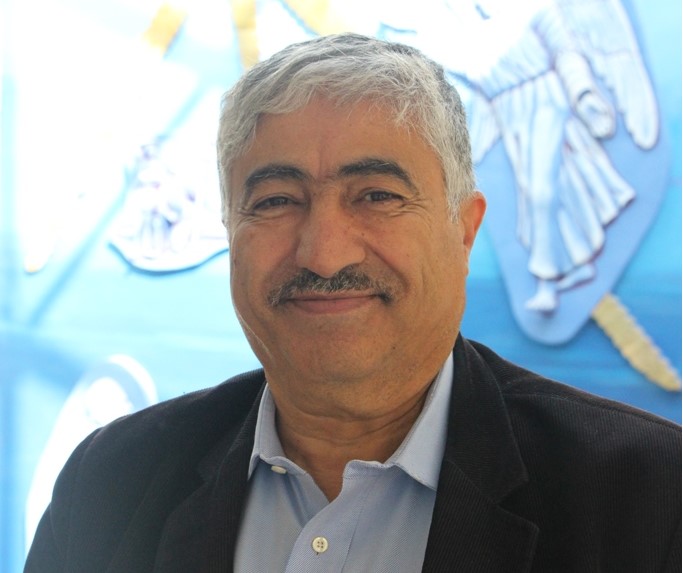 Read the Original at Arab News

One of the worst decisions for world peace made by the Trump administration has not received enough attention. Withdrawal from the Paris climate accords was bad, revoking the Iran deal sent a signal that international agreements signed by a US president may not be honored by subsequent administrations, and the successful intimidation of the International Criminal Court has caused dire consequences for the international order.

But the worst decision by the Trump administration is the cavalier reversal of a principle that has been the bedrock of international stability since the Second World War. In order to ensure that countries can longer benefit by invading and occupying weaker neighbors, the world unanimously agreed on the “inadmissibility of the acquisition of territory by war.” Attempts to violate this principle (Iraq in Kuwait, Russia in Ukraine, and Israel in Jerusalem and the Golan) were universally condemned and rejected. This principle was mentioned in the preamble of UNSC 242 and has been a fundamental principle of international law since the mid-1990s.

US officials, trying to justify the Trump administration’s sudden recognition of the illegal annexation by Israel of the Syrian Golan Heights, argued that the territory was acquired in a “defensive” war; and that in any case Syria is embroiled in a civil war and its current leader is not worthy of having his land back.

The defensive war justification does not hold water. Western governments, international human rights organizations and jurists, including some Israeli jurists, acknowledge that the prohibition against acquiring territory by war makes no reference to whether the war is defensive or offensive.  Israel claims that it started the June 1967 war because it feared an assault from Egypt. President Abdul Nasser had blocked the Straits of Tiran, and removed the UN peacekeeping forces established in Sinai following Israel’s invasion of Egypt in 1956.  Arabs dispute this and commonly refer to the 1967 war as an aggression against them. This only underlines the point that both sides in any war can claim to act “defensively,” which is why international law makes no distinction between a defensive or offensive war when it prohibits the “acquisition of territory” during war.

The problem with Washington’s action is that it forms a dangerous precedent. No sooner had Israeli Prime Minister Benjamin Netanyahu returned from Washington after the Golan decision when he began talking about annexing portions of the West Bank, which would totally destroy the possibility of a peaceful resolution based on a two-state solution.

The effects of the reckless policy of President Trump will not be limited to the Middle East. Countries the world over that have an ambition to capture land they believe traditionally belongs to them will now have a strong precedent. “If the Americans and Israelis can do it,” they will say, “then so can we.”

The consequences of Donald Trump’s recognition of the annexation of occupied Syrian territories extend far beyond the Middle East conflict, and sends a green light to every country in the world. If this principle is abandoned no one would be able to object to Russia claiming parts of Ukraine, or Saudi Arabia claiming parts of Yemen, Iraq demanding Kuwait be its 19th district, and so many other land disputes. Numerous countries in Africa, Asia and Europe have territorial disputes with neighboring countries, and may choose to resolve the issue by forcibly retaking territory to which they have some historic or tribal claim.

The Nazi war machine was so brutal, and its occupation of many countries in Europe so nasty, that the world community rose up and agreed on principles that were coded into international law. The Fourth Geneva Convention was written and approved in 1949 precisely to give protection to civilian populations falling under belligerent military occupation until peace is restored and their territories relinquished by the conquering armies. The occupier, in particular, is prohibited from moving its civilian population into the occupied territories (which is why all Israeli settlements are illegal under international law).  This was affirmed in the 2003 decision of the International Court of Justice in the case of Israel’s wall built deep in Palestinian occupied territory. Natural wealth, artifacts and resources in occupied areas cannot be legally taken by an occupying power. Annexing occupied areas is totally rejected.

For decades, successive US Democratic and Republican administrations, for all their support of Israel, have refused to recognize Israeli unilateral actions in East Jerusalem and the Golan Heights. They also insisted that Geneva Convention rules must apply. But the Trump administration has recklessly thrown out this important principle, denied the existence of an occupation, moved an embassy into Jerusalem, recognized the illegal Israeli annexation of the Golan Heights and was not even willing to discuss Netanyahu’s plans to  annex any parts of the West Bank.

American officials claim they are about to reveal a peace plan. This may be the case, but such a plan can hardly be advanced by this recent action. The effects of the reckless policy of President Trump will not be limited to the Middle East. Countries the world over that have an ambition to capture land they believe traditionally belongs to them will now have a strong precedent. “If the Americans and Israelis can do it,” they will say, “then so can we.”

• Jonathan Kuttab is a jurist doctor in international law from the University of Virginia, and co-founder of Al Haq Human Rights organization in Ramallah.

Twitter: @jkuttabDisclaimer: Views expressed by writers in this section are their own and do not necessarily reflect Arab News’ point-of-view