The West Bank And the Rule Of Law 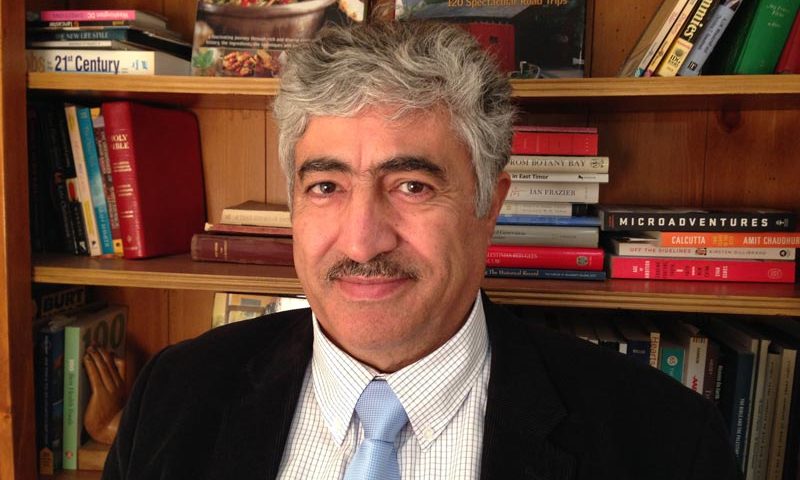 Like most settler colonial movements, the Zionist movement was supremely interested in the issue of land.  Yet, as we compare their movement with other such colonial endeavors, two important features stand out:  The first, is that the Zionist movement never intended to dominate or conquer or rule over the indigenous population, but rather to take possession of their land and displace and replace them. The second is that it was done in the name of the Bible (as in this recent article from the Jerusalem Post).

The struggle for the Zionist movement was to dominate the land and acquire it, a dunom at a time, and to change the demography, a soul at a time.  Every additional Jew that can be brought in and settled, and every Arab who can be persuaded, frightened, or physically removed and kept out, constituted a victory. And every Dunom (one fourth acre) of land that can be acquired and made “Jewish” by taking it out of the market and dedicating it in perpetuity to the Jewish people, worldwide, was a further advance for Zionism.

“Redeeming” the land was the highest value, which continues to guide the Zionist enterprise.  The Jewish National Fund, which initially bought land mostly from rich landlords living abroad,  was later merged into the Israel Lands Authority which controlled public land and state land in the newly formed state of Israel, and also land belonging to Palestinian “Absentees” .  These are Palestinians who fled or were forced out in 1948, and who were prevented from returning to reclaim their lands.  All such land was held in perpetuity on behalf of all Jewish people, and only Jews could live or work on it. If they wished to buy it, Jews could only obtain 49 year leases, but never own it outright.  The biblical roots of this policy is that the Land ultimately belongs to God, and the modern political twist by the JNF is that it is to be held on behalf of the Jewish People alone. The indigenous Palestinians could never rent or lease such lands.

The second major difference, and the one that concerns us here, is that the Zionist movement used theological language, and biblical texts to justify their land acquisition.  This is surprising because Zionism was primarily a secular movement, and even those who had religious feelings, made it clear that it was God who was supposed to provide them with victories and to bring about a messianic age, and NOT secular Zionist forces.  David Ben Gurion, the founder of the State of Israel and its first Prime Minister famously said “ I don’t believe in God, but I believe he gave us this land”.  A confirmed atheist, he nonetheless held a bible study in his home every Thursday, because it was so useful and convenient politically. It was also deemed politically useful to use the name biblical name “Israel” rather than Palestine.

The Old Testament promises of the land were conveniently used but were taken totally out of their religious context.  The Old Testament had made it clear that the promise of land was conditional on obedience to God’s laws, and was usually coupled with a warning that failure to obey them would result in expulsion and exile.  The prophets hammered in that message repeatedly:  “You shed blood, yet you keep the land? You rely on the sword, … yet you would keep possession of the Land?” (Ezekiel 33:25-29).

The promise of the land was always conditional in that sense, but Zionism (and particularly  Christian Zionism) treated Old Testament verses as an absolute and unconditional land deed from God granting possession and lordship over the land of Palestine to the modern State of Israel, and to the Jewish people who would live there. This position led many to oppose any territorial compromises with the Palestinians as being contrary to God’s will and his plan for the End Times.  Thus evangelicals who accept Christian Zionism become enemies of the peace process and supporters of the most extreme and uncompromising positions, when it comes to land and control over it.

In the New Testament, Christ deliberately veers away from the centrality of Land, and even Jerusalem and emphasizes, instead, the Kingdom of God, which encompasses the whole earth, and which is open to believers from all nations and races.  He said “My Kingdom is not of this world” and resisted efforts to crown him or to use his successful ministry to reestablish a Jewish state and restore the Kingdom as a proper descendant of David, and to sit on his earthly throne. To the Samaritan woman at the Well who specifically asked the question about the proper place to worship God, Jesus said that it was neither in Samaria nor in Jerusalem.  He told her that “God is spirit, and those who worship him must worship him in spirit and in truth”.

The actual struggle of Palestinians today in large part revolves around their efforts to hold on to what remained of their land when they are physically and forcibly denied the opportunity to plant and develop it, their denied access to it, and confiscations and and access closings under a variety of military orders and legal stratagems. Water resources, essential for agricultural use, are also severely restricted as Israel prohibits the drilling of wells, asserting control over all subterraneous water resources.

As Palestinians struggle for their land, they do not have only to deal with the Jewish Zionists, who have escaped the holocaust and millennia of Christian anti-semitism to create the state of Israel, and who are actively seeking possession and control of land, to the detriment of its indigenous owners. They must also deal with Christian Zionists, who have joined in the fray to make this a totally unfair struggle.  This is particularly significant since these Christian Zionists currently include a US Vice President and Secretary of State who are using their tremendous power to support the continuing  assault on Palestinian land, all in the name of the Bible.

The settler colonial forces that produced today’s nation state of Israel have a biblical basis in common with the settler colonists who drove out the indigenous people of the Americas. Both movements have relied upon a God-given right to displace and supersede. In the name of the Bible, a new Zion was held up by American settlers who took control of a whole continent.

To prevent a complete capitulation of the indigenous people of Israel/Palestine, we need a struggle for justice. We need to address and deconstruct Christian Zionism and its weaponization of scripture to support policies based on land theft and dispossession. The ‘theology of the land’ needs to be replaced with the theology of the kin-dom of God and a call for justice and equal rights for all God’ people.

Jonathan Kuttab is a leading human rights lawyer in Israel and Palestine. He was born in West Jerusalem, but after the Six Days’ War, his family moved to the US. After practicing with a Wall Street law firm for several years, he returned home to co-found the Palestinian Center for the Study of Nonviolence, Al-Haq(lawyers and others who assist with human rights issues), and the Mandela Institute for Political Prisoners. He is licensed to practice law in Palestine, Israel, and New York, and serves on the board of the Sabeel Ecumenical Liberation Theology Center in Jerusalem.