Beyond the Two-State Solution in Arabic & Hebrew 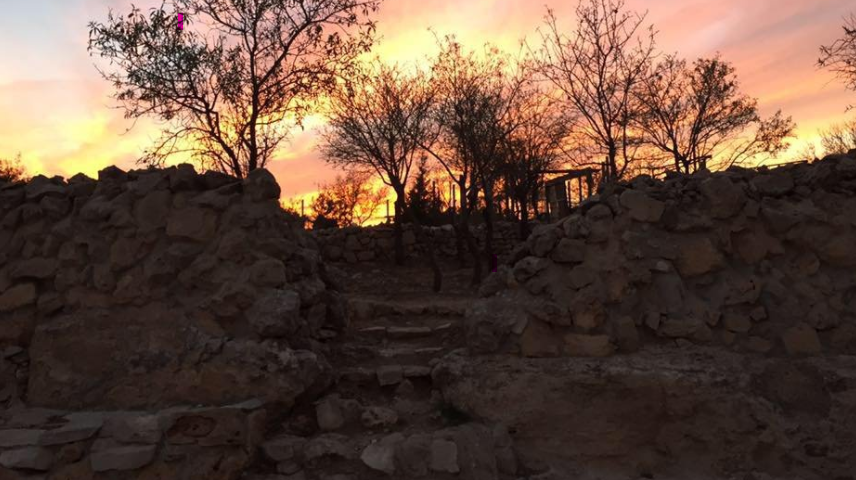 Those who follow FOSNA on social media may know that I am currently traveling throughout Palestine (#JourneyWithJonathan). Yesterday, I had an opportunity to visit the Tent of Nations farm. Today, I visited Daoud Nassar at his home in Bethlehem, where he has been recovering from the violent assault against him about which I wrote last week. He appears to be recovering well and was deeply grateful for the concern and prayers he has received from many friends all over the world. He is gratified by the fact that the Palestinian Authority seems to be taking some action, with even Palestinian President Mahmoud Abbas calling to express concern. In addition, the Mayor and Town Council of Nahhalin, the village from which the attackers came, visited him to express concern and show solidarity.

But that was not all, for I was able to bring Daoud some good news from my law office. The day before, an Israeli judge issued a ruling to dismiss a specific action brought to the court by the Jewish settlers who were demanding that the Military Government and its Civil Administration speed up the process of evicting the Nassars. Apparently, the settlers were unhappy that the Nassars had yet to be evicted from what they considered “state land,” and they were eager to see the land confiscated from the family and turned over to them. The court held that the Civil Administration did in fact declare the land as state land, but it recognized that the Nassars had objected to this and presented their title documents before the court. The court said that the Nassars did seem to have proper title, which was still being investigated by the authorities, and therefore there was no room for the case brought by the settlers. So, the case was dismissed. This is a small victory in the continuing legal battle over the Tent of Nations, but it is certainly a cause for celebration.

Unfortunately, Daoud’s brother just received a newly posted Stop Work Order from the Civil Administration requiring him to tear down a 30-square-meter shed. They first started building it back in 2019 (but it has been partially destroyed since then anyway). The order stated that the structure was illegal, having been built without a license. The new Stop Work Order was issued February 8, 2022 and gave us one week to completely destroy the structure or file a new objection. So, the legal battle continues. My office will prepare yet another legal challenge, so we have very little time to enjoy our “victory.”

The story of the Tent of Nations is truly amazing. The Nassars must defend themselves on several fronts: from attacks by settlers, from attacks by Palestinian thugs, and from attacks in the court as they wage a legal battle to hang on to land coveted by the settlers. In each battle, the existence of concerned outsiders like you who are willing to intervene, both morally and bodily, to support their sumud (or “steadfastness”) is of the utmost importance.

I had the opportunity to strategize with the Nassars. While they are still working with the courts on the re-registration of their land, perhaps it is time for them to go on the offensive and DEMAND the license required to build significant structures on the land. The Nassars are dedicated to nonviolent, peaceful resistance and are committed to peace and reconciliation. Instead of continuing to play defense, however, perhaps they should fight for the right to fully utilize their land.

There is no reason they should be denied the licenses required to build on their own land when the settlers are free to build whatever structures they choose, once they have evicted the rightful owners and taken the land for themselves. This would be a real fight, legally and politically, but the Nassars should strive to build structures that serve the community, alongside the cause of working for a just peace. Rather than reacting to and fending off attacks from multiple sides, hanging on to their land and trying to just stay put, they should be proactive in demanding that justice be served. This is a worthy goal, and we should all join together in such a worthy campaign.