The Two-State Solution is Dead: Now What? 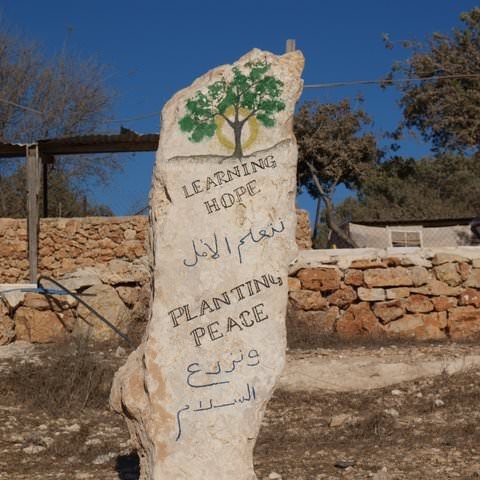 I have been associated with Tent of Nations and the Nassar family for many years. In fact, my law office in Jerusalem has been and continues to represent them in their ongoing legal battles to save their land from the Israeli government and the Jewish settlers who have been trying for years to steal it from them. I myself have participated in activities on their land. One time, I even found myself alongside Rev. Alex Awad and a Lutheran German minister alone with Daoud in confronting the settlers who were bulldozing into their land.

While the 100-acre farm has been in their family since their grandfather bought it over a century ago—and they have the documents to prove this!—the Nassar family’s attempts to hold onto their land and prevent the settlers from taking it over has been an ongoing battle. Every time we win a battle in the courts, new obstacles are created and new challenges arise. Because their title to the land is confirmed by law, Israel has been using new tactics, including claims for public expropriation and declarations that the entire area is “state land” and subject to confiscation.

Yet the battle has not only been within the realm of the legal system. The Nassar family has had to physically defend their land, nonviolently, from repeated encroachments and attacks, including the burning and uprooting of their trees, the bulldozing of their plants, harassment and intimidation, and constant attempts to destroy the few physical structures they set up. Repeated attempts to obtain building licenses or permits have been denied, and even the construction of rudimentary structures like the building of retaining walls or fences, digging cisterns, and doing other routine maintenance on their property has been met with summary demolition orders and belligerent visits from both the Israeli army and Jewish settlers. Access to their land has been made significantly more difficult, as Israel blocked the main road leading to it with mounds of earth and blocks of cement. They have even refused to allow the Nassars to hook up to the electricity grid. The family’s persistence in remaining on the land has been one of the most remarkable examples of Palestinian sumud (or steadfastness) I have seen.

Yet the story of their resistance is not just a political story, of one Palestinian family’s assertion of its ancestral rights. The Nassar family are devout Lutherans, deeply committed Christians who attempt to live out their faith in practice. They have used their property as a tangible example of their Christ-centered commitment to peace, reconciliation, and nonviolence.

They openly declare that they “refuse to be enemies,” turning their property into a “Tent of Nations” and offering hospitality and warm welcome to one and all. While insisting on their rights and absolutely refusing to leave they do not resort to violence but insist on peaceful, yet determined non-violent resistance. Foreign volunteers and visitors from many different countries have visited the site, enjoyed the hospitality, and shared in the work on the land, all the while learning and discussing together the Nassar family’s vision for peacemaking. If there is anything that embodies the essence of Palestinian Liberation Theology, as an attempt by Palestinian Christians to contextualize and live out their faith commitment under conditions of persecution, oppression, and injustice, I believe this to be it.

It was therefore with grave concern that we came to hear of the most recent episode. Last week, fifteen masked criminal thugs from a nearby village attacked and assaulted Daoud and Dhaher Nassar, beating them up with sticks and knives and landing them in the hospital. Those  criminal thugs, whose identity must be known to both the Israelis and the Palestinian Authority, have previously made spurious claims to the land and have attacked the Nassars before. Their actions were reported to the Palestinian Authority and the police. In point of fact, they are under court orders from the Palestinian courts to stay away from the land, as they have absolutely no supporting documents or legitimate rights to it. However, the land lies in Area C (which is under Israeli control) and the Israelis have shown little interest in pursuing the culprits or providing protection to the family. Furthermore, the Palestinian Authority has shown little interest in protecting or defending the Nassars with anything like the zeal in which they cooperate in protecting any Israeli settler who strays into a Palestinian town or village. The “security coordination” between the Palestinian Authority and Israel does not extend to the protection of Palestinians.

As we stand in solidarity with the Tent of Nations and call upon both Israel and the Palestinian Authority to provide the Nassar family with a modicum of security and protection, we pray for their safety and support their brave, nonviolent stand. We are confident that their just struggle will one day be crowned with success and that the Tent of Nations might one day become a palace for peace and justice, standing in the midst of a community of people living and prospering together in peace and dignity.