Kuttab on Morocco normalization and occupation in Western Sahara

Some Articles by Jonathan Kuttab 2021 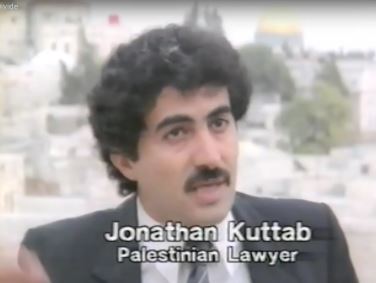 This pre-Oslo message is not so different than today. Illegal settlement, apartheid, war crimes/violation of International Humanitarian Law.

“The present Israeli government, while talking a more flexible tone, has really done nothing to dismantle or even cease the process of moving in that direction. A close scrutiny of their words, but more importantly, their action, shows them to be still committed to that course of action. For that purpose and none other, they refuse to meet with a separate Palestinian delegation, but try to subsume it under a Jordanian-Palestinian group. For that reason also, they refuse to freeze the settlements, but continue to build them and come up with spurious distinctions between so-called security and so-called political settlements when we all know that in a militarily sensitive area, you would not move your civilians — your women and children — into a border area, but rather your military. For that reason also, they oppose Palestinian legislative elections, and they set perimeters on the proposed authorities and power of the Palestinian interim self-government arrangements to ensure that they operate within the dual apartheid system that I have mentioned before, believing that Palestinians have no option but to accept that or appear once again rejectionists; believing that they really do not need to meet or address the aspirations of the Palestinian people, but only the sensitivities of American administrations; believing that they can sufficiently obfuscate the issues, that they can proceed with their policies largely unhampered.”