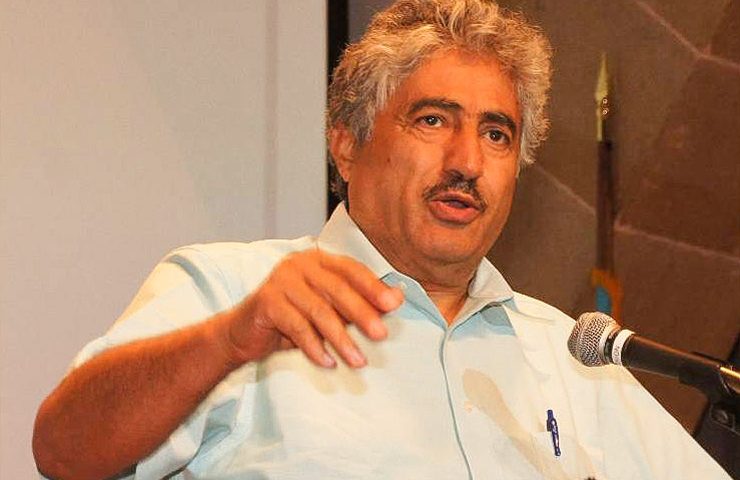 For Jonathan Kuttab, a Palestinian Mennonite, peacemaking is more than a concept; it’s a way of life.

As a human rights lawyer in Israel-Palestine and the United States, Kuttab knows the value of finding alternatives to violence as a means of solving conflict. And as a Mennonite, Kuttab recognizes the legacy of activism and social justice work that many Mennonites have upheld. Kuttab attends Community Mennonite Church in Lancaster, Pennsylvania.

“Mennonites were radical,” he said, “and not afraid to stand up for what they believed.” 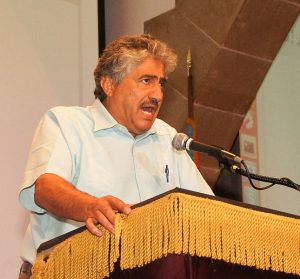 Written By: Katie Hurst, The Mennonite

Born in West Jerusalem, Kuttab and his family moved to the United States after the Six-Day War in 1967. His father, George Kuttab, was a Mennonite pastor who spent significant time working in the Philadelphia area. This connected Kuttab to Messiah College in Mechanicsburg, Pennsylvania, where he graduated in 1973 with a degree in history.

He then went on to attend law school at the University of Virginia. Kuttab was always interested in human rights work, but wanted the chance to be professionally involved. “It’s so much better to work with human rights in terms of international law than to pick up the gun and go fighting,” he said.

After completing his studies, Kuttab worked with a Wall Street law firm for several years but returned home in the 1980s to serve with Mennonite Central Committee in Palestine. He went on to help found the Palestinian Center for the Study of Nonviolence in 1983 as well as Al-Haq, a nongovernmental Palestinian human rights organization. In 1990, he also cofounded the Mandela Institute for Political Prisoners.

Currently Kuttab is a member of the New York, Palestine and Israel bar associations and spends much of his time traveling back and forth between the United States and the Middle East, often working from his law office in Jerusalem.

Kuttab served as the lawyer for Christian Peacemaker Teams and was part of the initial group that developed ideas for CPT’s formation. He says CPT’s mission is incredibly important.

“People talk about nonviolence but they don’t take it really seriously,” he says. “If people put just a fraction of their time and energy and resources and personnel into trying to be peacemakers, we could accomplish a whole lot.”

In terms of the Christian response to injustice, and specifically Mennonites’ response, Kuttab maintains

that Mennonites should be among the first and foremost to speak out because of their Anabaptist roots in pacifism. “I think Mennonites would be the first to tell Palestinians and Israelis that violence doesn’t work and that we have to think of other means of achieving [our] objective[s].”

Kuttab is a supporter of the boycott, divest and sanctions movement in response to the Israeli government’s occupation of Palestinian land and people, and he says it is an effective, nonviolent and Anabaptist response. “Mennonites should be the first to jump on something like the attempt to use nonviolence to achieve political objects of peace, of resisting occupation and violence, and resisting the kind of human rights violations that are taking place for the Palestinians,” he said.
He encourages Mennonites especially to respond by taking money away from the occupation, by boycotting and divesting, by persuading.

Building bridges with the Jewish community

In November 2016, Kuttab was invited to speak at a New York City synagogue, where he spoke in favor of Palestinian nationalism and shared about his strong commitment to working toward a one-state solution with nonviolent strategies and respect and understanding.

Kuttab supports a solution that would bring Israelis and Palestinians together as equal citizens, and a state government would meet the needs of both “those who want a Jewish state and a place of safety and security, as well as the Palestinian Arabs who want a place where they can live in security and dignity,” he said.

“The question is,” said Kuttab, “can we have genuine equality. Can we satisfy both sides at the same time?”

The solution to this problem, Kuttab believes, is there with strategic thinking focused on a nonviolent response. “People have to go back to the drawing board, so to speak,” he says in terms of why his work is important. “People have to think outside the box; we have to rehash what hasn’t worked out this whole time.”

Kuttab extends this to the responsibility Christians have as peacemakers, saying “it is important that our input be based on our principles. As Mennonites, for example, we believe in peace and nonviolence, and that must become the thesis of how we evaluate any proposed solution.”

Kuttab continually challenges himself and colleagues to find alternatives to violence as a way to respond to conflict situations. “We need to stop emphasizing military power and start emphasizing other ways of resolving things.”

“We must return to international law and to human rights and dignity, return to the principles of equality and nondiscrimination,” he says, “and respect for other people.” Kuttab keeps these principles in mind, as he works toward finding a peaceful solution to a tense and conflict-ridden situation in the Middle East.

His “out-of-the-box” thinking combined with a commitment to nonviolence and respect for all human dignity based in the Anabaptist tradition, makes him one of the leaders in his field, both within the church and without.

Kuttab, along with a peacemaker from Jewish Voice for Peace, will be part of a Mennonite Church USA speaking tour across the United States in April and May, coordinated by Jonathan Brenneman, an Israel/Palestine Partners in Peacemaking Coordinator for MC USA.

At the Delegate Assembly in Orlando, Florida, this July, delegates will consider the “Seeking Peace in Israel-Palestine” resolution.

Delegates at the 2015 Assembly in Kansas City, Missouri voted to table a previous resolution and asked that it be rewritten. Table comments from that assembly were considered in revising the resolution, which was drafted by a three-person writing team in consultation with a ten-person reference group. The resolution writing committee talked with both Jewish and Palestinian peacemakers and leaders and took into account more than 80 responses to the resolution’s first draft that were submitted by individuals and groups across MC USA.

Andre Gingerich Stoner, former director of holistic witness and interchurch relations for Mennonite Church USA, says the resolution seeks to speak in a uniquely Mennonite voice. It opposes military occupation of Palestinian lands and antisemitic attitudes and actions. Adopting a restorative justice framework, the revised resolution identifies ways Mennonite have participated in harms done against both Palestinians and Jews, and names ways Mennonites can work to address those harms.

“This has been an extremely consultative process and it really represents us trying to work across differences in some significant ways,” said Stoner in a March 2 phone interview. “This process has brought people who are Mennonite and deeply engaged and connecting in a lot of different directions, both with Jewish and Palestinian communities, into conversation with each other. That alone has already been a very positive thing. Not always easy but positive.”

The resolution urges Mennonites to avoid purchases and investments directly related to the military occupation of Palestinian territories. Unlike the BDS movement (Boycott, Divestment and Sanctions) the resolution does not call for a boycott of all Israeli goods or for academic or cultural boycotts.

The revised resolution will be reviewed by MC USA’s Executive Board at its March 30 meeting and will be made public soon after that. It includes calls for Mennonites to repent of participation in both the occupation of Palestinian lands and anti-Semitic attitudes.