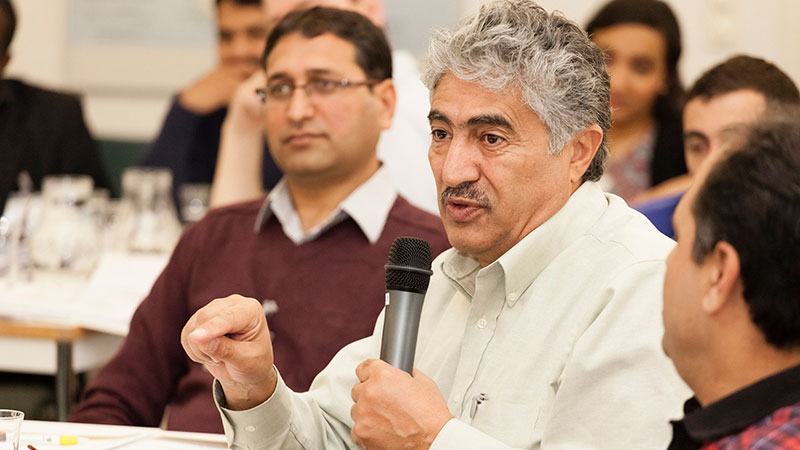 When I joined the Palestinian Negotiating team, as head of the Legal Committee, back in the bad old days of the Oslo Accords, I reviewed all the existing and proposed agreements that existed between Israel and the PLO.  One of the most striking features of each of them was the emphatic, and repeated provisions they  contained that the agreement itself, and the mechanisms described in it, are the ONLY and SOLE mechanisms permitted for resolving outstanding issues.

The clear intent of these provisions was to deny Palestinians access to the international community, international organizations, international law, or any other form of neutral principles or reference points, and to lock them into  a process of  “direct negotiations” where Israel is the stronger party, holding most of the cards, and where it can exercise veto power over all aspects of the negotiations, including the  content, timing,  pace and direction, as well as outcome  of the negotiations.  This insured that a stalemate, when it occurs, only hurts the Palestinians, while Israel is free to do whatever it wants.  In the context of the physical occupation of Palestinian land by Israeli military power, Palestinians were trapped into either continuing the charade of “negotiations” or suffering continued occupation in silence.  Any attempt to break out of this headlock would be labeled “unilateral action” and those promoting it would be accused of opposing the “peace process”.

Nowhere is this more clear than in the present debate concerning Palestinians going to the UN for membership, and statehood.  Neither Israel, nor the United States, nor any of their supporters contest the right of Palestinians to statehood.  In fact, both Natanyahu and President Obama publicly stated that they support Palestinian statehood.  Furthermore, it can be cogently argued that  a two- state solution is definitely in Israel’s interest, and provides its last best chance to preserve the Jewish state in the long run, and to avoid the catastrophe to Israel of a one-state solution, or acknowledged apartheid in perpetuity.

The only argument against Palestinian action is that it is “unilateral .  In other words, it constitutes an attempt to break out of the straitjacket of “ direct negotiations. ”   It is clearly a move intended to involve the rest of the world, the United Nations, and international law, rather than leaving the wolf and the lamb to work out their culinary relationship alone without outside interference.

For this reason alone, if none other, I think it was correct of the Palestinians to go to the UN.  I do not hold much hope for the outcome of the vote, and even for recognition itself, but any attempt to move out of Israeli trap ( called direct negotiations ) is well worth making.

Direct negotiations is a very useful form of conflict resolution, but where there is such a disparity of power between the two parties, it cannot be undertaken without some adjustment.  One of two elements must exist for it to lead to positive results:  There must either be  a framework of neutral objective principles to guide the negotiations, to which both parties are committed in advance; or  there must be a neutral third party who can effectively influence the outcome by leveling the playing field .  If one or both of these elements are absent, direct negotiations become a forum for the stronger party to impose its will on the weaker one